The primary goal of front end development tools is to simplify the process of web development and help developers to get more efficient. Web development tools achieve this complicated task by providing reusable components and templates to users. In addition, these excellent tools also take care of processes like code optimization, debugging, task automation, and more.

Web development tools have greatly evolved over the last few years or so. This progress has allowed developers to harness the power of powerful tools to improve their workflow and easily build web apps. Today, you can easily find a huge selection of advanced and powerful web applications.

Most developers including beginners will be familiar with popular and widely used front-end development tools like Angular, Vue, React, Bootstrap, and more. However, there are several less popular web development tools that are extremely useful for developers. In this guide, we will be focussing on some of the lesser-known front-end tools that can make you a lot more productive and efficient. 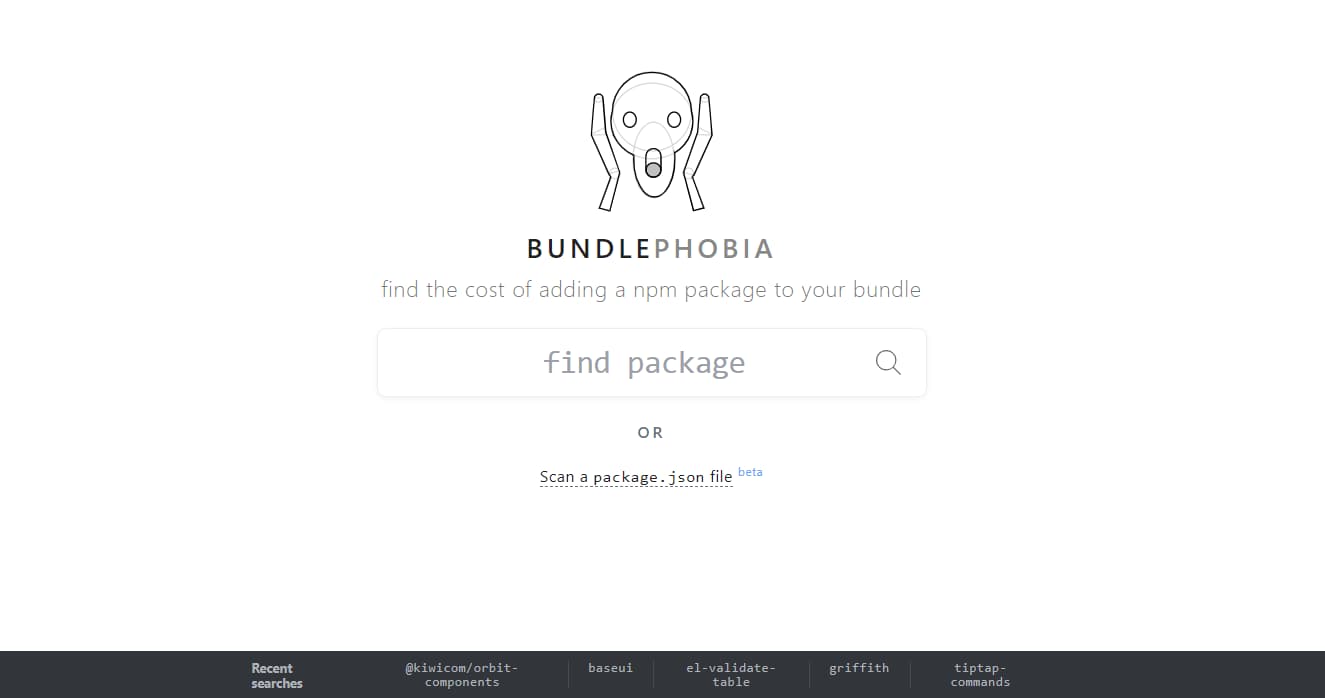 Most developers put in extra effort to keep the bundle size to a minimum especially when they are working with modern front-end frameworks. Keeping the bundle size as small as possible will allow you to easily optimize the initial page load. This is where a web application like BundlePhobia can be of great help to you.

BundlePhobia helps developers to easily determine how much size an NPM package will end up adding to the total bundle. The web app also gives accurate information regarding the download time, bundle size, and more details of different packages. All you need to do is to simply enter the name of the package to the web application. 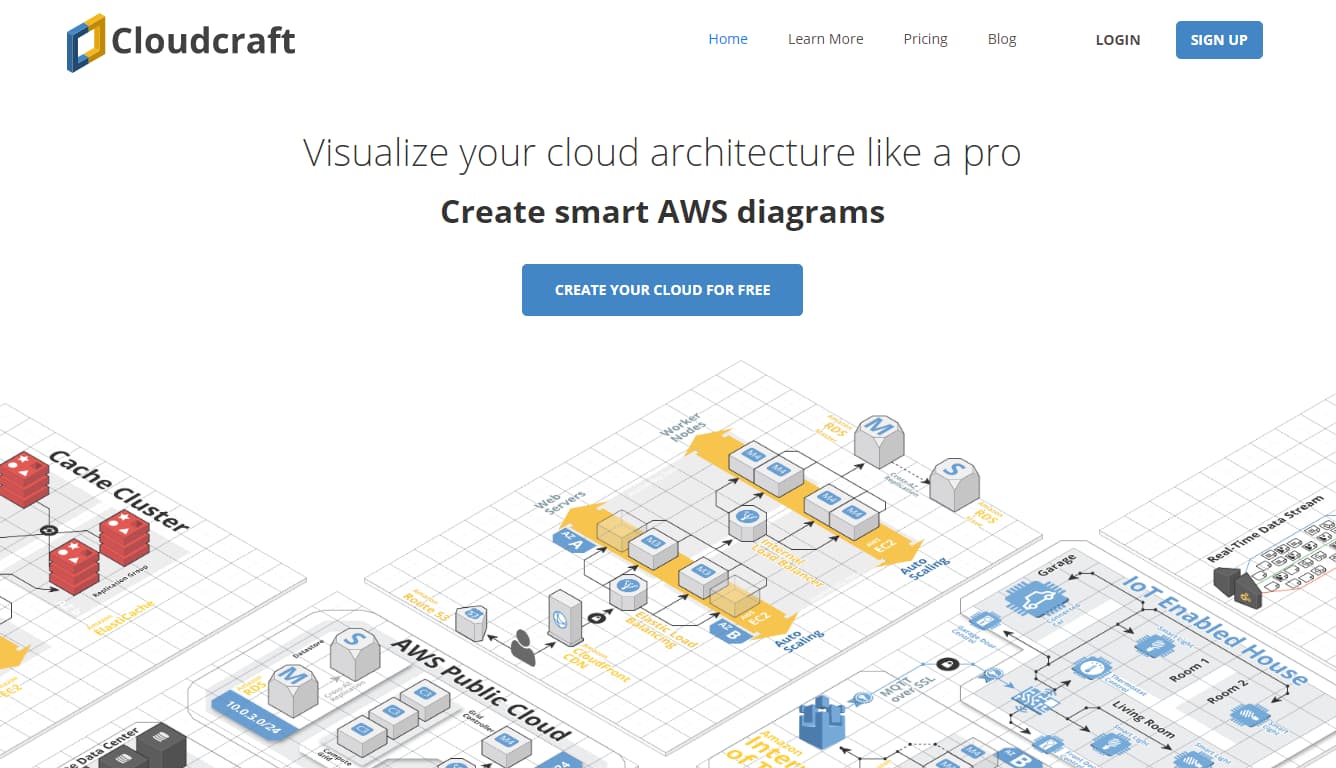 Cloudcraft can be defined as a simple and easy to use drawing tool that allows developers to easily create dynamic diagrams of cloud infrastructures. It is a powerful visualization tool with which designers and developers will be able to generate cloud architecture diagrams within a few minutes.

It has a simple and intuitive Drag & Drop interface that makes connecting different infrastructure services simpler. It is specially designed for the sole purpose of managing Amazon Web Services (AWS) resources. The tool will also help developers to easily keep everything connected and up to date.

Several web developers, especially beginners spend a lot of time identifying the best font that suits their design. It is true that you can find a huge collection of different fonts on Google, but identifying the right one can be quite challenging. This is where a web application like FontFlipper comes into the picture.

FontFlipper, which is built with Angular and Firebase is designed specifically to help customers choose the best font for their design. The web application allows you to upload pictures, place custom text, preview it, and do a lot more. You can even swipe left for the fonts you like and swipe right for the ones you don't just like in Tinder. 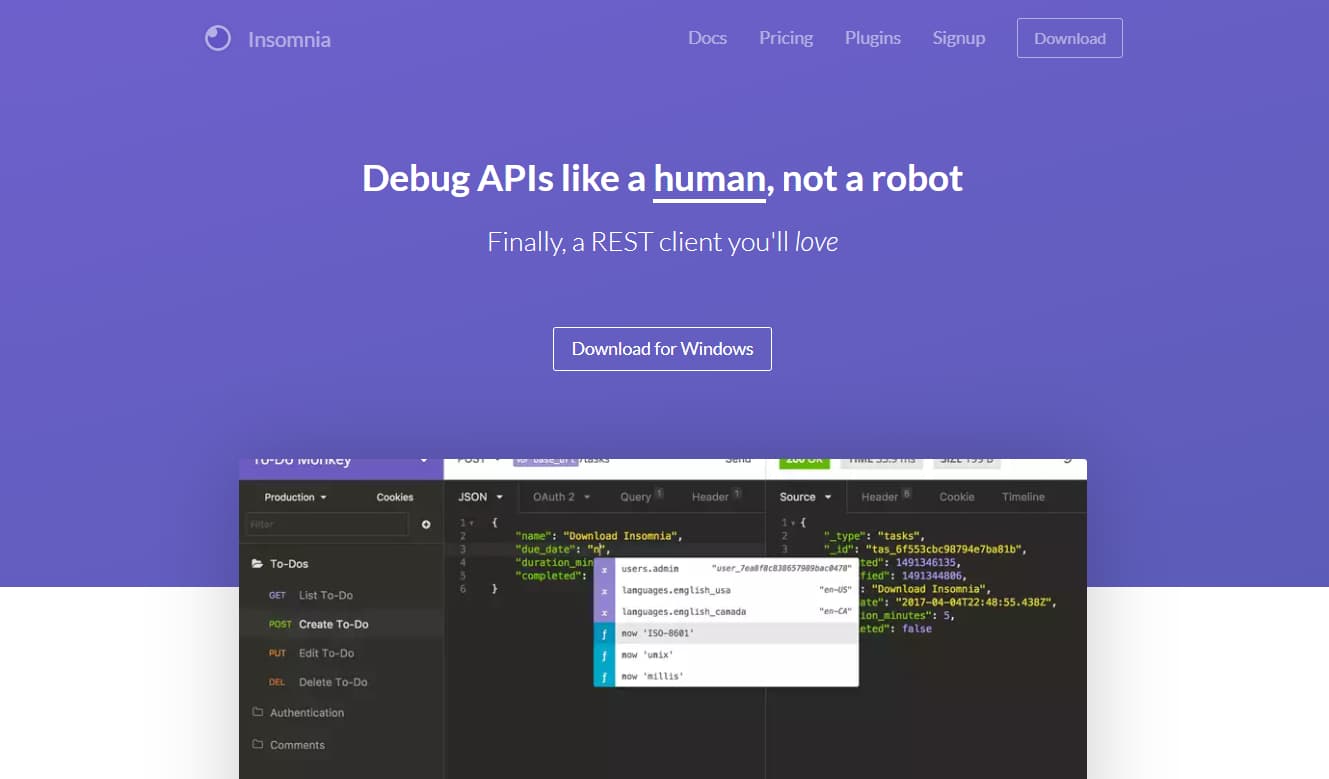 Insomnia is a powerful back-end tool that is commonly used for the sole purpose of debugging APIS. What’s so special about the Insomnia tool is that it allows designers and developers to keep their entire workflow organized and clean. It also comes with a beautiful and user friendly UI that makes it very easy to use even for beginners.

Insomnia also allows developers to reuse session IDs or API keys. You will even be able to switch between sub-environments which will ensure a fine development workflow. Generating http code for more than thirty language libraries that includes Java, Python, and C is also possible when using Insomnia. 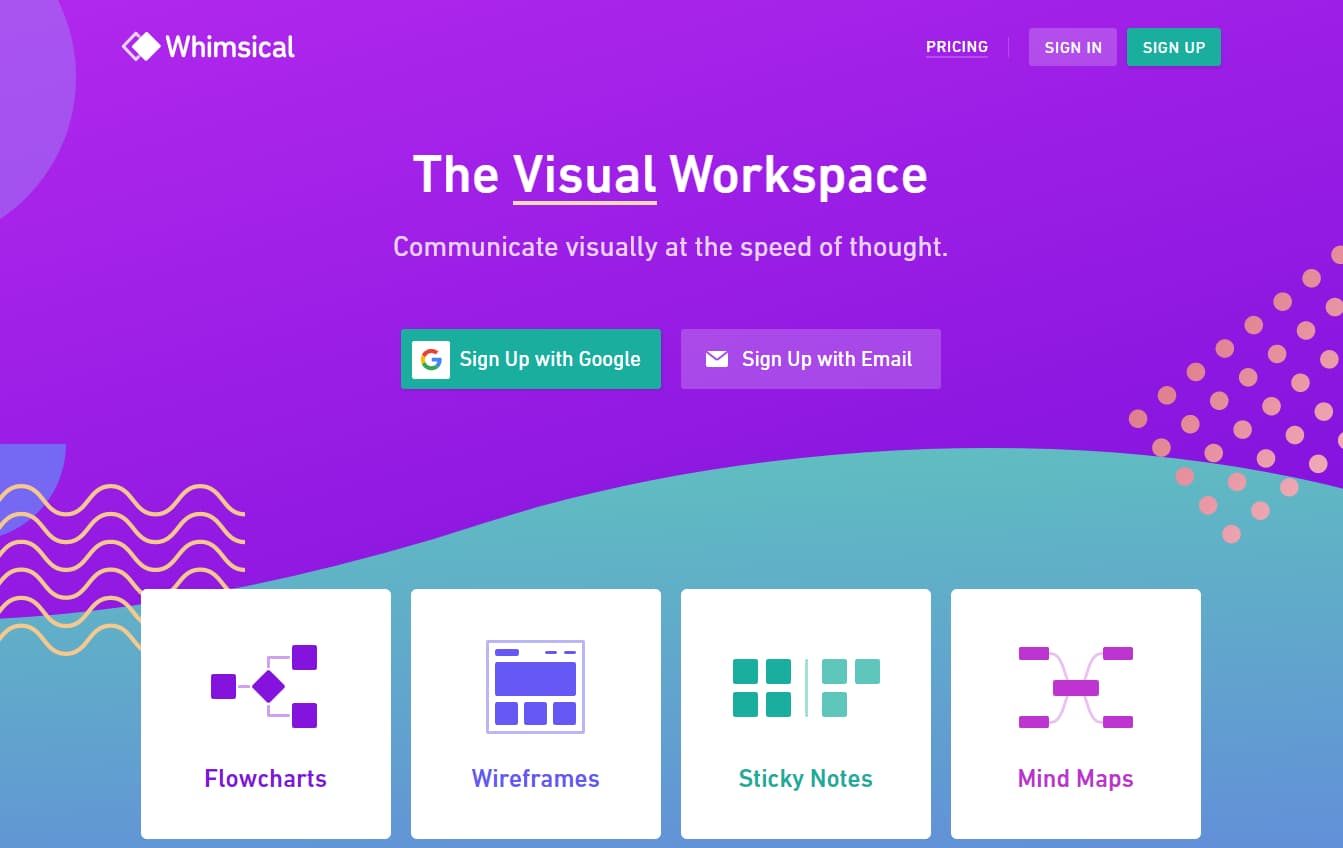 Whimsical can be defined as a powerful and collaborative Visual Workspace that is an excellent choice when it comes to designing projects with visual data. For instance, designing flowcharts, virtual sticky notes, and diagrams are all very and can be done at a faster pace when using Whimsical.

The tool also allows you to collaborate with your team members when working on different projects. Whimsical also comes with a wide range of features and components that includes checkboxes and buttons. You can also find a Kanban board with the software, which will help you to keep track of the work process. 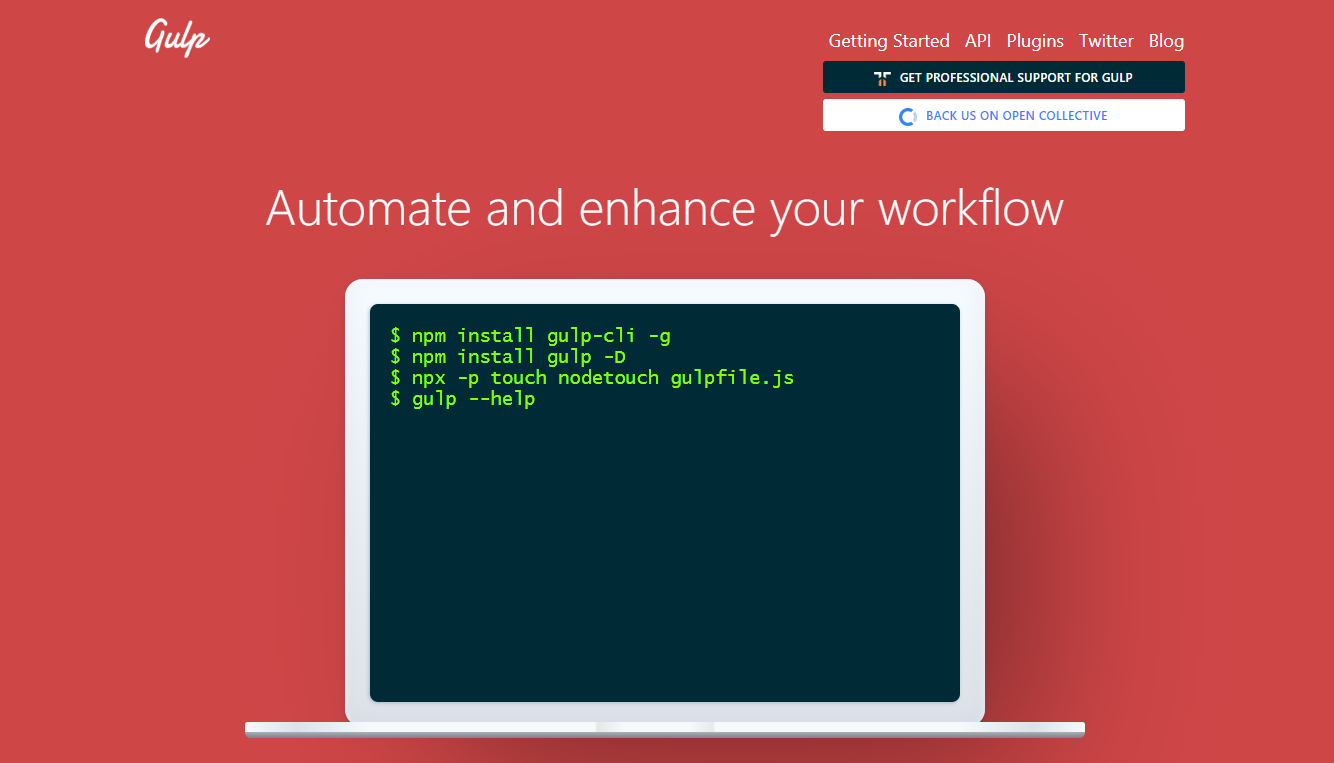 GULP is one of the best front-end development tools out there and it helps developers with a number of tasks that are essential for web development. It is commonly used to perform tasks like automatically reloading a browser, spinning up a web server, using preprocessors, and optimizing assets. Gulp is also used to carry out several other essential and advanced tasks.

Front-end tools like Gulp are often called as build tools by experts in the web development field. This is mainly because Gulp and several other tools are used to perform the tasks that are essential for building websites.

Git is an open source and free version control system that is mainly used for the process of software development. You will be able to manage or use Git on the command line, but there are a number of Graphic User Interfaces (GUI) that will help you do the same. One of the best GUIs available out there is GitKraken.

GitKraken is actually a GUI Git client, which facilitates reliable and efficient usage of Git on desktops. It comes with a number of features that includes Commit Signing, Interactive Rebase, keyboard shortcuts, Built-in merge tools, and more.

Postman is undoubtedly one of the best tools when it comes to API testing. The tool was launched with the primary goal of simplifying API workflow in both development and testing. Postman allows developers to create collections for API calls. You can create multiple folders and subfolders within each collection.

Another standout feature of Postman is that it allows developers to make use of Newman or Collective Runner for Automation Testing. Due to this, you will be able to easily run tests in multiple iterations, which will save time and avoid the need to run repetitive tests.

Adobe XD is a powerful software that offers an all-in-one solution to users when it comes to designing mobile applications, websites, and more. Adobe XD is an easy to use and simple tool that will allow you to simplify complex web design and development projects. It is equipped with intuitive tools that will help you easily create interactive prototypes.

Adobe XD is also capable of creative stunning auto-animation transitions by using a drag gesture. Since, most of you have used at least one Adobe product, you will be able to easily make full use of Adobe XD and its features.

The high-level strictly-typed programming language, Haxe is equipped with a powerful and fast optimizing cross-compiler. Haxe is an excellent option if you are looking to build cross-platform applications that target PHP, JavaScript, Java, C++, Python, and more.

Haxe is incredibly used in a wide range of domains that includes cross-platform APIs, games, web, desktop, and command line. It also has an excellent package manager, Haxelib that provides a number of free libraries to users. 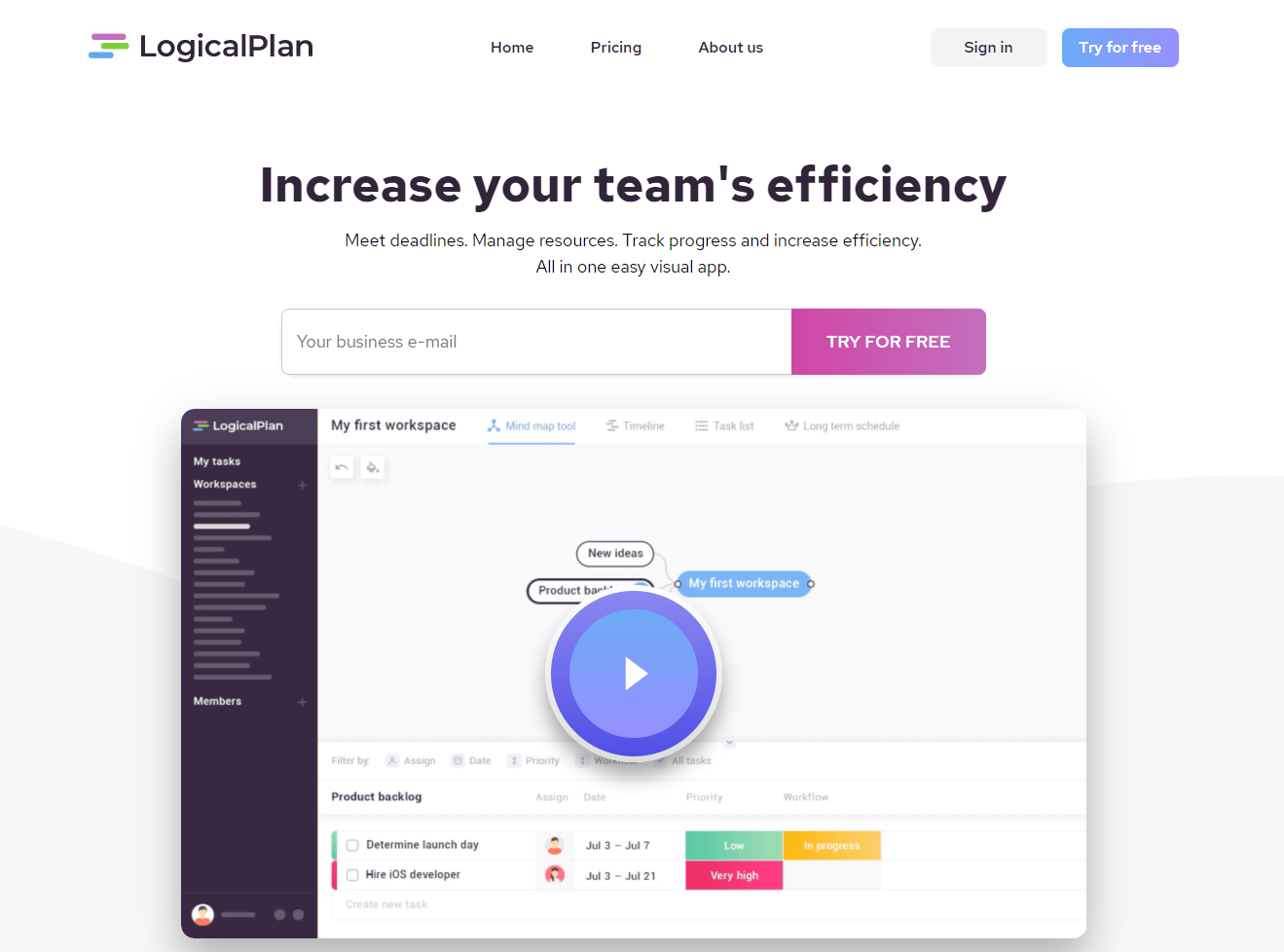 LogicalPlan can be described as a powerful and useful online team application. It allows developers to easily create project plans and schedules with their team by using mind maps, timelines, and several other visual interactive tools. The tool gives a clear idea on what each and every team member is supposed to do.

LogicalPlan also contains advanced task management tools that will help you to easily manage the priority and order of work. Keeping track of different processes and monitoring progress can also be done easily with the help of LogicalPlan. 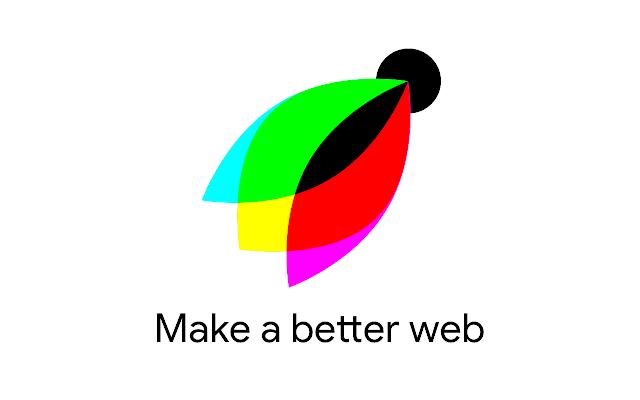 VisBug is one of the most useful and coolest Chrome extensions released by Google. In simple words, VisBug makes it possible for designers to easily make changes and adjustments to their website. In fact, you will be able to change the style of different elements, move things around, and do a lot more without worrying about making permanent changes.

So, VisBug allows you to experiment around and try different things that will make your website look a lot better. Once you have finalized the changes, you can easily add them with ease. The best part of this Chrome extension is that it allows users to do all these without writing a single line of code.