These days, we can see a rapid increase in the use of Node.js as it allows the JavaScript to be used for both the client-side and server-side scripting. Benefits of Node are listed below:

When using Node, developers do not need to worry about using two different programming languages for the front-end and back-end. This helps to cut short the development time. Also, Node comes with a set of built-in tools, which makes development faster and easier, thereby cutting costs. This makes it one of the preferred choices of developers.

Also, its architecture implements JavaScript event loops, which makes it easy to build event-based, data-driven apps in real time. This brings us to Node.js frameworks, which help to quickly prototype and develop projects.

These frameworks help to enhance the development of web apps. A Node framework comprises of abstract design, built from Node.js, embodying the control flow of its design. These frameworks are popular for their scalability, reliability, performance, and speed. Some of these factors make the frameworks a preferred choice of companies when building enterprise apps.

Which are the Node.js frameworks that are worth considering? Given below is the list:

This is an open-source framework and MIT-licensed. It is the best choice for building enterprise apps. Nest offers you with a complete kit for building scalable web apps. Nest is built using TypeScript, which is a superset of JavaScript.

Nestjs was developed with an aim to create server-side apps. It has 16,572 stars on GitHub. Some of the features of Nestjs are listed below:

The modular structure allows the use of external libraries and also to divide code into separate modules.

Express is a fast, unopinionated, minimal and versatile Node.js framework, which provides a robust set of features for developing web and mobile apps. With a large number of HTTP utility methods and middleware, it is easy to create a robust API using Express. This is a project of Node.js Foundation.

It also supports a number of other packages as well as template engines like EJS, Pug, and others. It has 44,285 stars on GitHub.

Features are listed below:

Sails can be used to build custom, enterprise Node.js apps. These production-ready Node.js apps can be built in a few weeks’ time. It is one of the popular MVC Node.js frameworks and supports the development of modern web apps.

This is a web framework designed by the team that launched Express. Koa was intended to be a more expressive, more robust, and smaller foundation for developing web apps and APIs. There is no middleware bundled within its core, which means the middleware is more streamlined. It provides you a range of methods, which helps to make writing servers fast and fun.

You can work without callbacks and error handling is a lot easier with Koa. It has 26,336 stars on GitHub.

Below are its features:

Adonis is a model-view-controller (MVC) framework for Node.js. This framework can run on all major operating systems. If you want simplicity and elegance, then go for Adonis. As Laravel is to PHP, so is Adonis to Node.

With its stable ecosystem, you can easily write a server-side app, which saves you time to focus on other important aspects of your business as well.

This is a powerful framework, which comes with a default API explorer. The same team behind Express.js has designed LoopBack as well. It provides support for a wide range of databases, such as MongoDB, SQL, and Oracle.

Below are some of its interesting features: 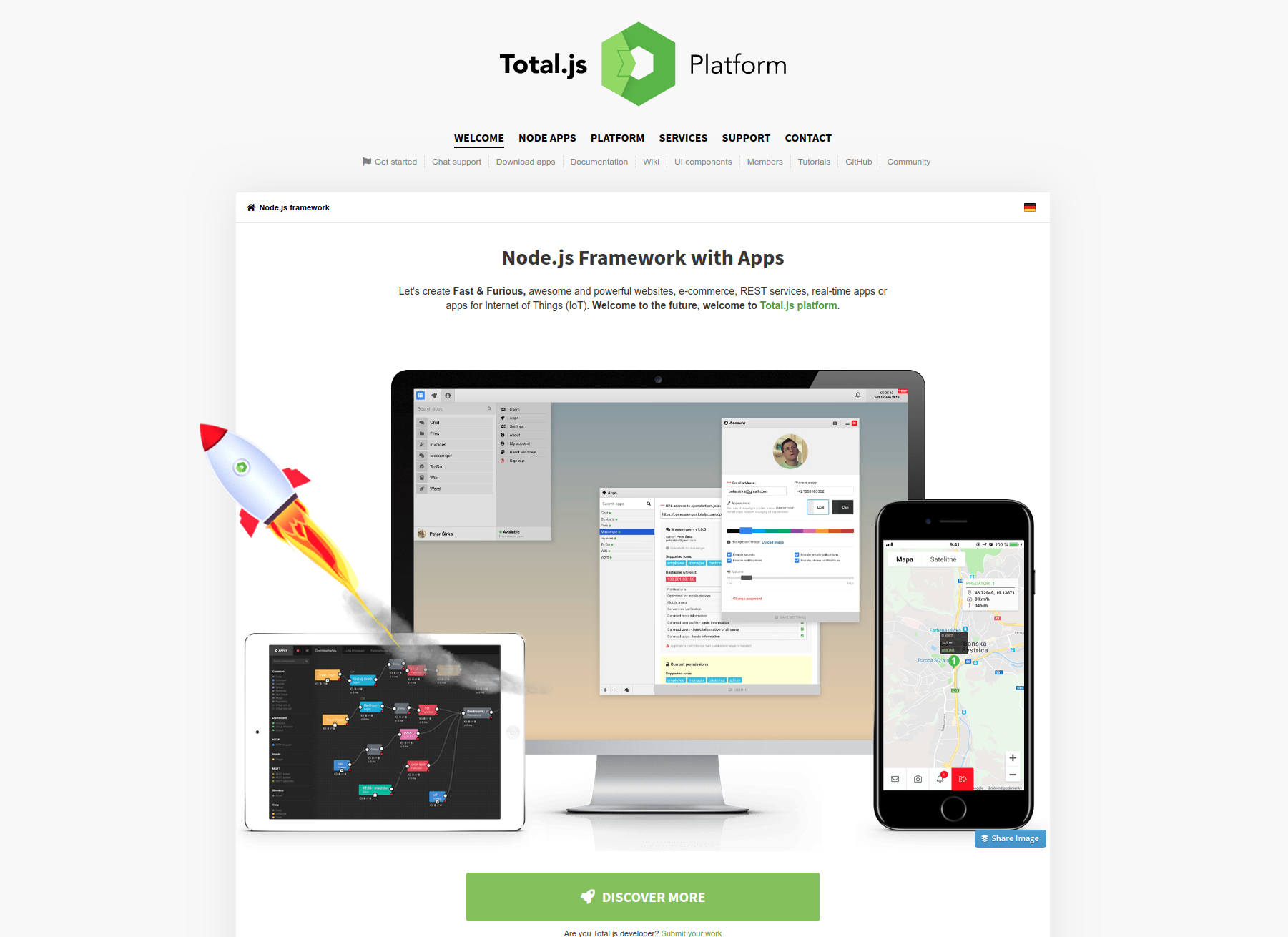 This server-side framework is entirely based on the MVC pattern and is well suited for building web apps. It is compatible with most of the databases, such as PostgreSQL, MongoDB, MySQL, and others. This framework is also compatible with front-end development tools: Ember, Angular, and React.

Some of its features are listed below:

This is an open-source framework designed by the team at Walmart Labs. This high-performing and lightweight framework were created with the intent of driving more traffic toward their Black Friday event. (Black Friday is the busiest of days for online shopping in the US.)

Earlier, it was developed using the Express framework. This version came with a number of design limitations, which made it challenging to deliver specific requirements. Later, Walmart transformed Hapi into an individual and stand-alone framework.

Some of its features are listed below:

Also, most of the frameworks offer security updates and are futureproof. These frameworks make it easier to develop apps faster, cutting down costs. You can find more details about the Node frameworks here.